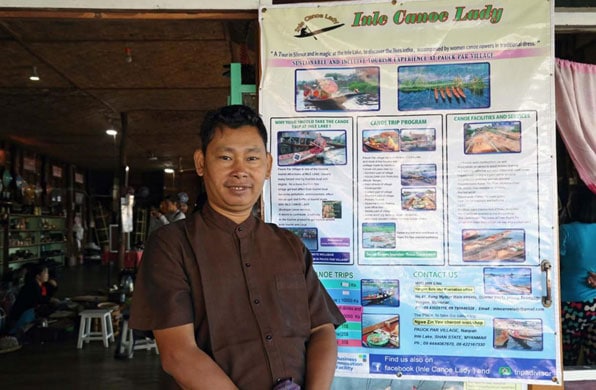 Reports suggest he was charged under the penal code section 505a that restricts freedom of speech and participation in democracy demonstrations. Reliable sources fear he may have been initially taken to a notorious detention centre where detainees suffer abuse and torture. It is now very likely he is in custody at Yangon’s Insein prison, equally notorious for its inhumane conditions, abuse of inmates and mental and physical torture.

Details are sketchy as both Myo Min Zaw’s Facebook and Twitter accounts closed or were deactivated after he was arrested at his Yangon residence in the presence of his wife and son.

Reliable sources that keep a check on the situation in Myanmar noted the official news media focuses on the Ministry of Hotels and Tourism’s bold assertions that it will reopen tourist destinations to kick start economic recovery. At the same time, the military regime blames all the country’s ills on the Covid-19 pandemic. But the reality on the ground differs dramatically as the military regime is carrying out arrests and putting tourism entrepreneurs behind bars.

One brave comment* questioned the military regime’s pledge to support inclusive development, saying it was a message for just a “certain group only… while thousands of small tourism businesses struggle to stay afloat. We are facing two storms in Myanmar – Covid and the Coup, the latter being a much bigger one. We have to ask if you can’t provide safety for your own people (including travel industry people), how can you ensure the safety of international visitors.”

Tourism executives, mostly supporters of the Mekong region’s responsible tourism projects in Cambodia, Thailand, Laos and Vietnam, expressed their grave concern over the safety of travel industry executives and staff detained in Myanmar and called for their immediate release. It is understood they are privately contacting top officials in Myanmar’s tourism ministry to ask for more information and assurances on Myo Min Zaw’s safety and welfare as he awaits trial and sentencing in Insein prison.

Independent organisations estimate that more than 8,000 citizens have been detained since the 1 February military coup with more than 1,000 fatalities, mostly victims of military regime attacks on unarmed civilians who were demonstrating for the return of democracy.

His Inle Lake venture launched in 2017 supports a community of women residents who offer canoe trips through the lake’s Pauk Par village. He called them “Inle Lake’s Gondolas.”

The Inle travel experience features in the Experience Mekong Collection that supports SMEs in the Mekong Region under the auspice of the Mekong Tourism Coordinating Office*. It is among 10 tourism projects in Myanmar that the Mekong Region’s MTCO and its marketing arm, Destination Mekong, showcase for their responsible tourism content.

He also participated as a panellist and workshop facilitator at NCCT (National Conference on Community and Tourism) 2019 on responsible tourism and received the Green Microphone Award from Slovenia 2019 (UNWTO affiliated).

*Comments are not attributed as they were given under the strictest conditions of anonymity.

**The Greater Mekong Subregion’s MTCO is funded by the tourism ministries of Cambodia, China, Laos, Myanmar, Thailand and Vietnam and is supported by the Asian Development Bank.